The UK has secured important progress at the Development Assistance Committee (DAC) meetings in Paris (29-31 October 2017) to change the international aid rules and ensure they remain relevant for the modern world.

The BBC, The Times, The Sun, The Daily Express, The Guardian, the Mail Online and others have reported positively on the outcome of the meetings, after donor countries agreed to work on a process which could allow previous aid recipients to receive short-term Official Development Assistance (ODA) support when catastrophic humanitarian crises hit, such as the recent hurricanes in the Caribbean. This applies to countries even where their Gross National Income per capita would normally rule them out of receiving ODA. Anguilla, British Virgin Islands and Turks and Caicos are all previous recipients of ODA. 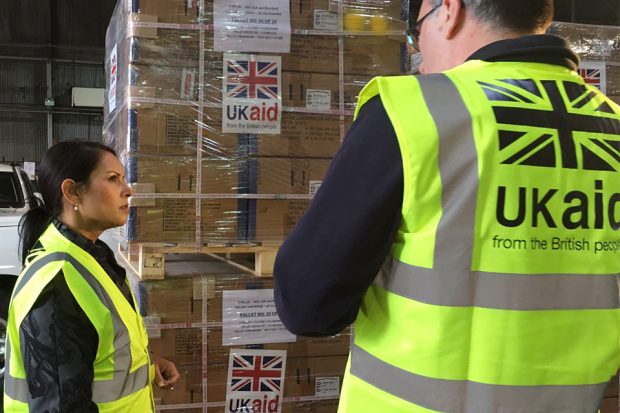 The DAC has also agreed to work to create a new mechanism to re-admit countries that had graduated from being eligible for ODA back to the list of ODA-eligible countries, if their income per capita falls low enough, for example as a result of a catastrophic natural disaster or other crisis. This is set out in a Written Ministerial Statement.

UK leadership has secured significant and important progress in changing the international aid rules, as we committed to in our manifesto. As a result of our influence, we’ve made huge progress on ensuring official development assistance can be used when vulnerable nations are struck by crises or natural disasters.

Today’s agreement is a real step forward. Progress on this, and the other reforms we have confirmed today - including boosting aid for UN peacekeeping missions - show that by working patiently and constructively with our partners we are able to drive through change and modernise the rules.

British leadership also delivered an important set of wider reforms to the international aid rules – including more than doubling the percentage of contributions to UN peacekeeping missions that count as aid, from 7% to 15%, and confirmation that 85% of UK core funding to the Asian Infrastructure Development Bank will count as aid. Together these changes mean that we have confirmed over £100 million of aid spending this year can be counted as aid and contribute to the 0.7 budget.