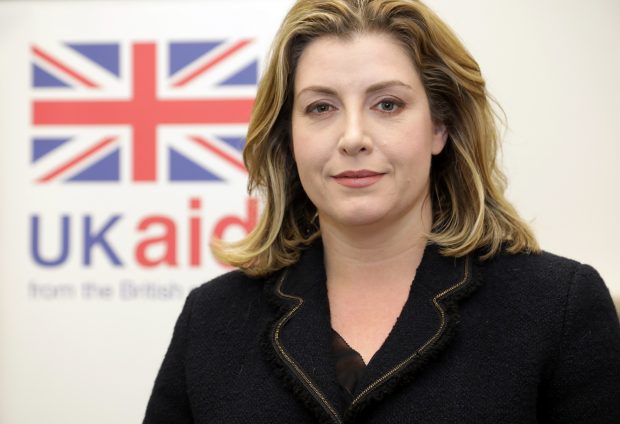 There is continued media coverage today (Monday 12 February) of allegations of sexual exploitation and abuse by Oxfam staff in Haiti in 2011 and other charity workers.

“This morning I met with Mark Goldring, Chief Executive of Oxfam, and Caroline Thomson, Oxfam Chair of Trustees.

“Oxfam made a full and unqualified apology – to me, and to the people of Britain and Haiti - for the appalling behaviour of some of their staff in Haiti in 2011, and for the wider failings of their organisation’s response to it.

“They spoke of the deep sense of disgrace and shame that they and their organisation feel about what has happened, and set out the actions they will now take to put things right and prevent such horrific abuses happening in future. They did not inform the Department for International Development at the time that this case involved sexual misconduct or beneficiaries.

“Oxfam assured me they are cooperating fully with the authorities in Haiti and will do so in any other country where abuse has been exposed. Because the perpetrators in Haiti were not British nationals, Oxfam has - at my request - also today committed to immediately provide full details of those involved to the governments of their home countries, so that appropriate legal processes can be taken forward.

“But assurances are not enough so I have asked them to confirm to DFID by the end of the week precisely how they will handle any forthcoming allegations around safeguarding - historic or live - in a way in which the public can have confidence. We expect this process to include an independent and external element of scrutiny.

“I told Oxfam they must now demonstrate the moral leadership necessary to address this scandal, rebuild the trust of the British public, their staff and the people they aim to help, and deliver progress on these assurances. It is on the basis of their actions going forward – rather than of their commitments in one meeting today - that I and others will judge them. I was clear that part of an organisation’s moral leadership comes from individuals taking responsibility for their actions.

“I have today also met with the Chief Executive of the Charity Commission for England and Wales, Helen Stephenson, who informed me that the Commission urgently requested full and frank disclosure of what happened in 2011 from Oxfam and they are considering their next regulatory steps.

“But the Charity Commission and I agree that it is not only Oxfam that must improve and reach the high standards of safeguarding we require. Right across the charitable sector, organisations need to show leadership, examine their systems, ensure they have clear whistleblowing policies and deal with historical allegations with confidence and trust.

“My absolute priority is to keep the world’s poorest and most vulnerable people safe from harm. In the 21st century, it is utterly despicable that sexual exploitation and abuse continues to exist in the aid sector.

“I am determined that we do our utmost to prevent exploitation and abuse happening - and ensure that where it does happen it is identified and dealt with appropriately. We cannot wait for others to act – the UK must show leadership ourselves and that is why today I am taking action.

“At their best, UK charities do extraordinary work around the world, saving and transforming lives. It is vital now that the whole sector steps up and demonstrates the leadership that the public expects.

“Firstly, I have issued a letter to all UK charities working overseas – including Oxfam - to demand that they step up and do more, so that we have absolute assurance that the moral leadership, the systems, the culture and the transparency that are needed to fully protect vulnerable people are in place, all of the time, and wherever these charities work and with whichever partners they work with. I have also requested that they confirm they have referred any and all concerns they may have on specific safeguarding cases and individuals to the relevant authorities. In requesting this, we are using Charity Commission guidance and will continue to work closely with them. We will shortly commence a similar exercise with our non-UK partners. If anyone has specific allegations, I urge them to contact our Counter Fraud and Whistleblowing Unit.

“Secondly, my department has today created a new unit to urgently review safeguarding across all parts of the aid sector to ensure everything is being done to protect people from harm, including sexual exploitation and abuse.

“This unit will be wide-ranging and comprehensive in its remit, looking at safeguarding across UK and international charities, suppliers, and the UN and multilateral organisations so that together we can make progress. This will look at how to guard against criminal and predatory individuals being re-employed by charities and abusing again, including the option of establishing a global register of development workers.

“I will bring in independent experts to advise myself and this unit on this work. This builds on the changes we have made to introduce tough sanctions for human rights abuses including sexual exploitation for all new contracts with suppliers and new training for DFID staff to identify and respond to any concerns. I have asked for a meeting with the NCA, the Foreign Office, the Ministry of Defence and others to discuss how to make further progress.

“Thirdly, I am going to step up our work to tackle sexual exploitation and abuse across the UN and other international organisations. Already, the UK is working with the UN Secretary-General Guterres to stop abuses under the UN flag and we have introduced specific clauses in our funding agreements with a number of UN agencies to take every action possible to prevent all forms of sexual exploitation and abuse and take robust and prompt action in response to any allegations.

“Fourthly, the Charity Commission and DFID will co-host a safeguarding summit before the end of the month with the aid sector and alongside UK counterparts, where we will agree a set of actions to strengthen safeguarding processes and mechanisms, including around staffing and recruitment, paving the way for a series of events throughout the year. We will also work with the Commission to provide technical assistance and support to other nations that wish to improve the standard and regulations of safeguarding.

“Lastly, I will take this tough message to the international community - and call for action from them. Later this week I will make a speech in Stockholm and firmly demand that all donors and development organisations show leadership and take action alongside the UK.

“Whatever the complications and pressures organisations face, the people we are here to serve must be the number one priority. I remain very clear: we will not work with any organisation that does not live up to the high standards on safeguarding and protection that we require.”