There has been widespread broadcast, print and online coverage of the visit by the Duke of Sussex and the Duchess of Sussex to countries across Southern Africa.

In Angola, the Duke walked across a field of live landmines in Huambo in Angola, following in the footsteps of his mother Princess Diana who made the same iconic walk more than 20 years ago. He highlighted the ongoing dangers of lethal landmines in Angola, which was widely covered across the media, including BBC News, Sky News, ITV News, the Mail, The Mirror and Hello! Magazine.

The Duke gave a speech praising the work of mine clearance charities The HALO Trust and MAG, which are backed by UK aid. He pointed to ongoing investment from the UK into mine clearance and called on countries behind the development and sale of mines to invest in the removal of mines across Angola. 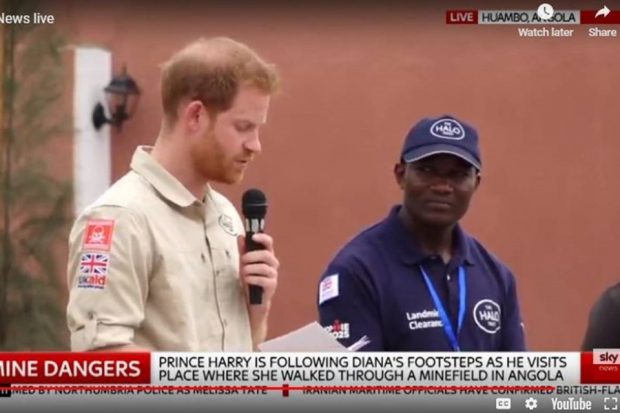 The Telegraph coverage included quotes from the Duke’s speech in which he said the landmine clearance work was “a wonderful example of how UK partnership with Angola can address the issue of land mines, bringing prosperity to an area, creating jobs, helping people access education and healthcare, and making communities safer”.

UK aid – in partnership with charities like the HALO Trust and Mines Advisory Group (MAG) - has helped clear 15 million square metres of landmines in Angola to make it safe again and educated more than 35,00 people about the dangers of killer mines.

Following the Duke’s visit, The Guardian published a photo gallery of the work of an all-female demining team in Angola. The project, led by The Halo Trust and supported by UK aid, helps clear landmines left from the Angolan civil war. Eighteen years after Angola’s conflict ended, contamination from mines and explosive remnants of war affect all 18 of its provinces.

UK aid has helped train 78 female deminers in Angola, empowering women to shape their own future and restoring towns and communities devastated by landmines.

In Malawi, the Duke visited Nalikule College of Education to learn how school girls are being helped by Cama, an alumni network of young women who receive practical and financial support through charity CAMFED. The Duchess joined a lesson via video link from Johannesburg.

Coverage of the visit on ITV News online explained that CAMFED has received UK aid support, and since 2011 this partnership has provided bursaries for more than 35,000 girls to attend secondary schools.

The Duke told the female advocates: “Now the British Government is expanding the work of Cama in Malawi, through training over 900 Cama members to become learner guides as well. These young leaders will go back into rural schools and support over 66,000 girls in their learning and confidence, so they succeed in their education, graduate in school and help take Malawi forward.”

The Duke’s visit to the college was trailed by Telegraph, Express, i news, Reuters and Harper’s Bazaar which explain that the college is supported by UK aid. The Duchess also paid tribute to the “valuable and vital” work of thousands of women to support the education of schoolgirls across Malawi. 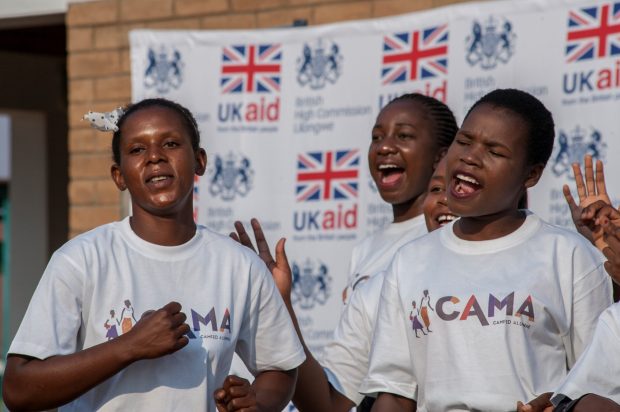 The Mail Online reports from the Duchess’s visit to South Africa where she learnt about the work of a DFID-backed charity which works to tackle sexual violence in schools.